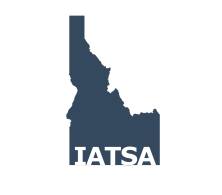 IN PERSON at Courtyard by Marriott, Meridian ID.

Equipping Those Who Serve & Protect

Learn more and register at: https://buildinghopetoday.org/REGISTER